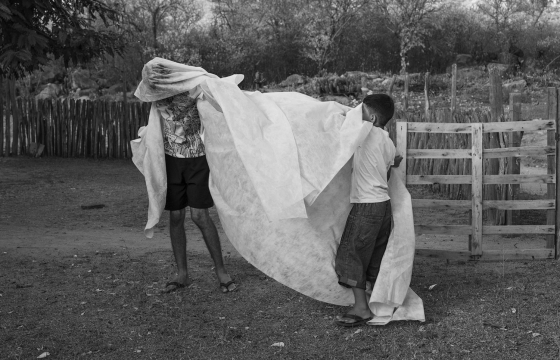 Awarded a Fulbright Scholarship, Sophie Barbasch lived in Fortaleza, Brazil for a year, photographing the Transnordestina, a railroad under construction in the Northeast that ties the desert to the sea. Traveling throughout Ceará, Piauí, and Pernambuco, Barbasch explored a country in a persistent state of flux. This project stemmed from both intellectual curiosity and a personal connection: introduced to Brazil at a young age by her stepmother, she made frequent visits to the country, growing familiar with its language and culture, all the while wondering if she was an insider or an outsider.

Obras, recently on view at the Penumbra Foundation, revolves around the notion of suspension, both literal and metaphorical. The photographs are not about documenting from a stable viewpoint so much as about referencing a shifting subjectivity. They grapple with the slippery question of what it means to belong in a place and whether we can actually ever know anything simply by looking.

“A train is like a ligament. The route almost has a corporeal form. It engraves itself into the landscape. In the absence of some sort of structure to understand things, I look to railroads and highways, the veins of commerce and connection. These are also, paradoxically, stand-ins for their opposite: for being lost, uprooted, on the loose.

I followed the route of the train like a map, listening to stories about drought, the emergence of labor unions, and corrupt judges; about quilombos and their sacred spaces; about assentamentos and different political regimes. People told me about the first railroad built by the British and how the colonial shadow has shifted and morphed but never quite disappeared; they told me about anthropologists who came to extract and were followed home by ghosts. These stories exist in different times, registers, and translations. They give way to images that traverse the dark space between languages.” 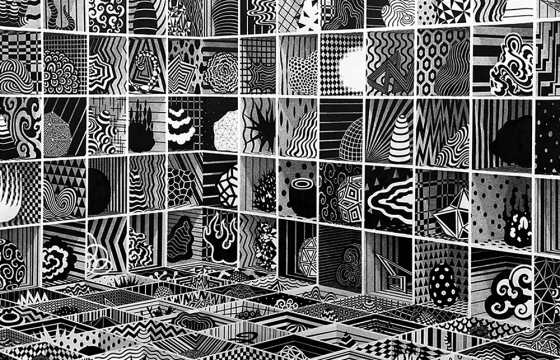