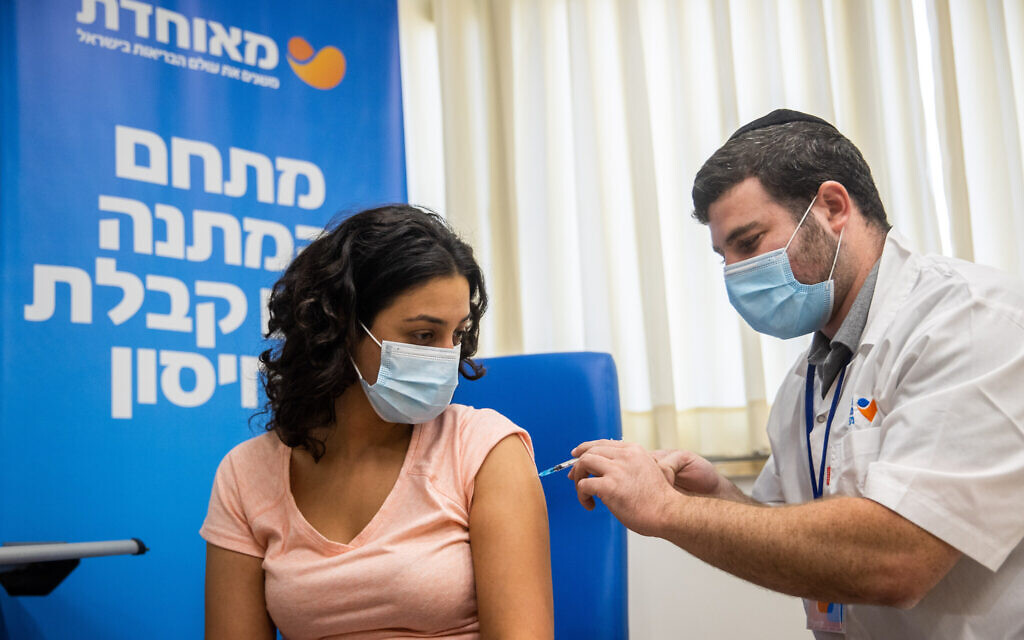 The Health Ministry on Thursday instructed school principals to bar entry on school premises to any teachers who do not have a so-called Green Pass, and those teachers will also not get paid if they are barred.

Starting on October 3, teachers will require a Green Pass, which shows proof of vaccination, recovery from COVID-19, or a recent negative test result, the ministry said in a missive on Thursday.

The date marks the start of the first full week back at school after the holiday period, which ends next week with the conclusion of the Sukkot festival.

Not being able to work due to not having a Green Pass will be considered an unjustified absence that does not warrant being paid, the ministry noted.

Those teachers will not be permitted to teach remotely, it added.

Since the beginning of the school year on September 2, teachers have been required to have a Green Pass to enter schools. But those who did not have the document were still paid, even though they were not working.

Ran Erez, chairman of the Secondary School Teachers Association, said that while he supports the idea of unvaccinated teachers being banned from entering schools, he opposes denying them wages.

“There are quite a few jobs that can be given to a teacher from home, such as [distanced] individual hours for students in quarantine or Zoom lessons. They should not be punished immediately, but given another alternative,” he told Kan news.

Ran Erez, head of the Teacher’s Union, at the National Labour Court in Jerusalem, on June 18, 2020. (Yonatan Sindel/Flash90)

Aiming to prevent teachers being specifically targeted by Green Pass rules, Erez has already petitioned the High Court of Justice, demanding that the system also be applied to unvaccinated pupils over the age of 12, who are eligible for all three virus shots. A hearing has been set for October 20, according to Haaretz.

Menashe Levy, chair of the High School Principals Association, estimated that the new rule will only impact a few hundred teachers who refuse to both vaccinate and get tested for the virus.

“We are talking about around 300 education workers out of 210,000,” he said in a statement. “A completely insignificant number.”

Levy said that efforts should be made to persuade those teachers to comply with health orders, and that only if they persist in their refusal should they be sanctioned in order to “protect them from themselves and to protect their work colleagues and the students they are teaching.”

“Teachers who refuse to be vaccinated or tested cannot work in education,” he stressed.

Michal Cohen, a former deputy director of the Education Ministry who is now a member of a panel advising national virus czar Salman Zarka, said that the Health Ministry decision was the correct thing to do.

“It is inconceivable that unvaccinated teaching staff who at the same time also refuse to present a negative test should enter the classrooms,” she said.

“The requirement from parents, children, teachers and the general public must be the same — get vaccinated. This is the only way to maintain routine life over time, and an education routine in particular.”

The return to school after the holiday period has been building up into a tug-of-war between various camps.

Prime Minister Naftali Bennett was said to have clashed with health officials on Wednesday over COVID rules for the reopening of schools after the holiday period.

Bennett reportedly wants to reduce the number of students in quarantine, instead preferring to have kids that were exposed to virus carriers remain in school, while undergoing testing for a week to ensure that they did not contract COVID-19, and then quarantining in the case of a positive test.

Currently, all children exposed to the virus in their classes must self-isolate for a week and undergo a PCR test. Hundreds of thousands of schoolchildren have been sent into isolation since the start of the school year on September 1.

The Education Ministry said on Sunday that only half of the teachers in Israel have received a coronavirus vaccine booster shot.

It wasn’t clear whether that figure was out of all teachers, or out of the roughly 90 percent of them who have received the first two doses.

Also starting on October 3, anyone who has not received a booster shot six months after getting a second vaccine dose will have their Green Pass revoked, denying them entry to certain venues and events that require proof of vaccination, recovery from COVID-19 or a negative test result.

After bringing down the number of daily cases of COVID-19 to a little more than a dozen in June, Israel has experienced a resurgence of the virus that has seen the daily caseload run into the thousands.

On Wednesday, 5,921 new COVID-19 cases were diagnosed, according to Health Ministry figures.


You’re serious. We appreciate that!


We’re really pleased that you’ve read X Times of Israel articles in the past month.

That’s why we come to work every day – to provide discerning readers like you with must-read coverage of Israel and the Jewish world.

So now we have a request. Unlike other news outlets, we haven’t put up a paywall. But as the journalism we do is costly, we invite readers for whom The Times of Israel has become important to help support our work by joining The Times of Israel Community.

For as little as $6 a month you can help support our quality journalism while enjoying The Times of Israel AD-FREE, as well as accessing exclusive content available only to Times of Israel Community members.