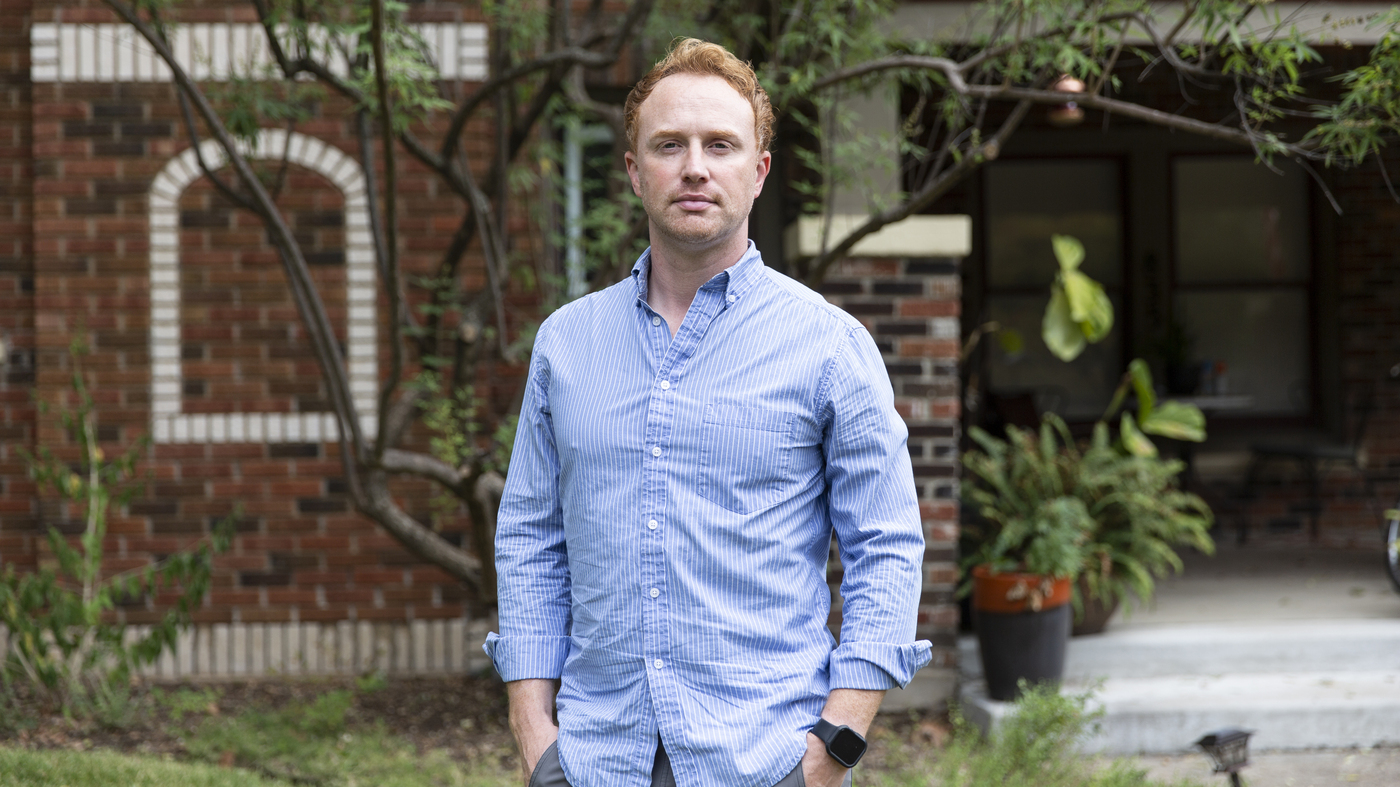 Travis Warner of Dallas got tested for the coronavirus at a free-standing emergency room in June 2020 after one of his colleagues tested positive for the virus. The emergency room bill included a $54,000 charge for one test.

Travis Warner of Dallas got tested for the coronavirus at a free-standing emergency room in June 2020 after one of his colleagues tested positive for the virus. The emergency room bill included a $54,000 charge for one test.

When COVID-19 struck last year, Travis Warner’s company became busier than ever. He installs internet and video systems in Texas, and with people suddenly working from home, service calls surged.

He and his employees took precautions such as wearing masks and physically distancing. But visiting clients’ homes daily meant a high risk of exposure to the coronavirus.

“It was just like dodging bullets every week,” Warner says.

In June 2020, an employee tested positive. That sent Warner and his wife on their own hunt for a test.

Because of limited testing availability at the time, they drove 30 minutes from their home in Dallas to a free-standing emergency room in Lewisville, Texas. They received PCR diagnostic tests for the coronavirus, as well as rapid antigen tests.

When all their results came back negative, it was a huge relief, Warner says. He eagerly got back to work.

Then the bill came.

The patient: Travis Warner, 36, is self-employed and bought his health plan from Molina Healthcare via HealthCare.gov.

Medical service: Two “COVID tests” for the coronavirus — a diagnostic PCR test, which typically takes a few days to process and is quite accurate, and a rapid antigen test, which is less accurate but produces results in minutes.

Total bill: $56,384, including $54,000 for the PCR test and the balance for the antigen test and an ER facility fee. Molina’s negotiated rate for both tests and the facility fee totaled $16,915.20, which the insurer paid in full.

Service provider: SignatureCare Emergency Center in Lewisville, one of more than a dozen free-standing ERs the company owns across Texas.

What gives: Throughout the COVID-19 pandemic, stories of shockingly high prices for coronavirus tests have abounded. A recent report from an insurance trade association notes that “price gouging by certain providers continues to be a widespread problem.” Warner’s PCR bill of $54,000 was “astronomical” and “egregious,” according to health policy researchers we talked to.

Yet it’s perfectly legal. For coronavirus tests — like much else in American health care — there is no cap to what providers can charge, says Loren Adler, associate director of the USC-Brookings Schaeffer Initiative for Health Policy.

Testing for the coronavirus has been in a special category, however. When the pandemic hit, lawmakers worried that people might avoid necessary testing for fear of the cost. So they passed legislation that required insurers to pay for these tests — without copays or cost sharing for the patient.

For in-network providers, insurers can negotiate prices for the tests, and for out-of-network providers, they’re generally required to pay whatever price the providers list publicly on their websites. The free-standing ER was out of network for Warner’s plan.

While the policy was intended to help patients, health policy analysts say, it has unintentionally given health care providers leeway to charge arbitrary, sometimes absurd prices, knowing that insurers are required to pay and that patients, who won’t be billed, are unlikely to complain.

“People are going to charge what they think they can get away with,” says Niall Brennan, president and CEO of the Health Care Cost Institute, a nonprofit that studies health care prices. “Even a perfectly well-intentioned provision like this can be hijacked by certain unscrupulous providers for nefarious purposes.”

A report from the Kaiser Family Foundation this year found that hospital charges for coronavirus tests ranged from $20 to $1,419 — not including physician or facility fees, which can often be higher than the cost of the tests themselves. About half the test charges were below $200, the report noted, but 1 in 5 were more than $300.

“We observed a broad range of COVID-19 testing prices, even within the same hospital system,” the authors wrote.

Realistically, the cost of such a test should be in the double digits, Brennan says. “Low triple digits if we’re being generous.”

Warner’s charges were fully covered by his insurance.

But insurance policy premiums reflect how much is paid to providers. “If the insurance company is paying astronomical sums of money for your care, that means, in turn, that you are going to be paying higher premiums,” Adler says.

Taxpayers, who subsidize marketplace insurance plans, also face a greater burden when premiums increase. Even people who have employer-sponsored health coverage feel the pain. Research shows that each increase of $1 in an employer’s health costs is associated with a 52-cent cut to an employee’s overall compensation.

Even before the pandemic, wide variability in the prices for common procedures such as cesarean sections and blood tests had been driving up the cost of health care, Brennan says. These discrepancies “happen every single day, millions of times a day.”

Resolution: When Warner saw that his insurance company had paid the bill, he first thought, “At least I’m not liable for anything.”

But the absurdity of the $54,000 charge gnawed at him. His wife, who’d received the same tests the same day at the same place, was billed $2,000. She has a separate insurance policy, which settled the claim for less than $1,000.

Warner called his insurer to see if someone could explain the charge. After a game of phone tag with the ER and the ER’s billing firm, as well as several months of waiting, Warner received another letter from his insurer. It said the insurer had since audited the claim and taken back most of the money it originally paid the ER.

In a written statement, a spokesperson for Molina Healthcare told us, “This matter was a provider billing error which Molina identified and corrected.”

SignatureCare Emergency Centers, which issued the $54,000 charge, said it would not comment on a specific patient’s bill. However, in a written statement, it said that its billing error rate is less than 2% and that it has a “robust audit process” to flag errors. At the height of the pandemic, SignatureCare ERs faced “unprecedented demands” and processed thousands of records a day, the company said.

SignatureCare’s website now lists the charge for coronavirus tests as $175.

The takeaway: According to laws passed by Congress, testing for the coronavirus should be free to consumers during the public health emergency (currently extended through mid-October and likely to be renewed for an additional 90 days). Warner did his insurer a big favor by looking carefully at his bill, even though he didn’t owe anything.

Insurers are supposed to have systems that flag billing errors and prevent overpayment. This includes authorization requirements before services are rendered and audits after claims are filed.

But “there’s a question of how well they work,” Adler says. “In this case, it’s lucky [Warner] noticed.”

At least one estimate says 3% to 10% of health care spending in the U.S. goes to overpayment, including cases of fraud, waste and abuse.

Unfortunately, that means the onus for keeping charges at least a little more reasonable is often on the patient.

You should always read your bill carefully, experts say. If the cost seems inappropriate, call your insurer and ask it to double-check and explain the cost to you.

That shouldn’t be your job, experts agree, but in the long run, fewer overpayments will save money for you and for others in the American health care system.

Bill of the Month is a crowdsourced investigation by NPR and KHN that dissects and explains medical bills. Do you have an interesting medical bill you want to share with us? Tell us about it!

Kaiser Health News is a national, editorially independent newsroom and program of the Kaiser Family Foundation. KHN is not affiliated with Kaiser Permanente.