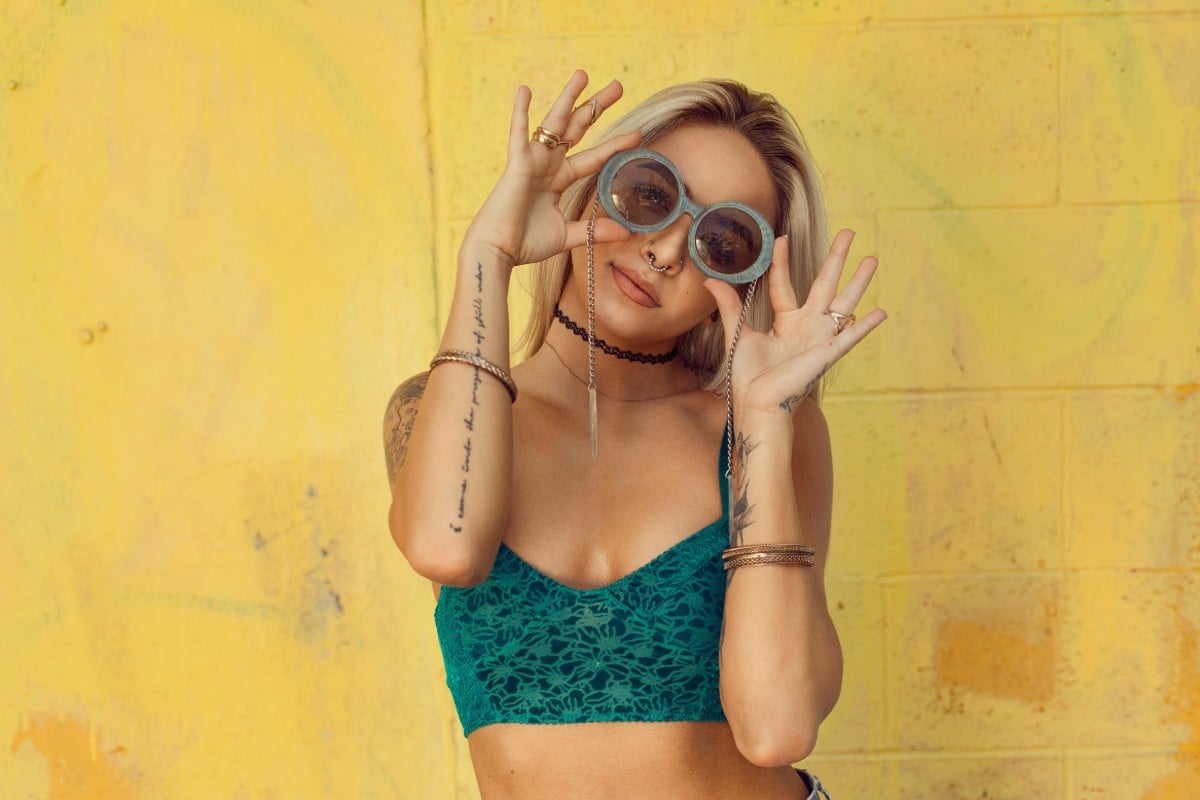 At this point, we’ve all heard our dermatologists, friends, and TikTok beauty influencers say the same thing: a good sunscreen is the single most effective product we can use to prevent aging signs. Rightly so, sunscreen is our best ally to protect skin from harmful sunbeams and free radicals, minimizing the risk of skin cancer as well as the appearance of dark spots and early wrinkles.

However, much like everything else, this miracle-working product does not come without a flaw or two. Did you know there are ingredients to avoid in sunscreen? Ingredients that, with prolonged use, could jeopardize your skin and actually make it worse? Let’s break down the not-so-skin-friendly sunscreen ingredients to avoid so you can protect your skin’s youthful appearance while also nourishing it properly.

Homosalate is an organic UV filter that is most commonly used in sunscreens produced in the United States. At present, the Food and Drug Administration (FDA) claims that there is insufficient data to evaluate the safety and efficacy of homosalate as a major component of sunscreen products. However, the European Commissions Scientific Committee on Consumer Safety (SCCS) conducted a study that focused on the potential endocrine-disrupting properties of the chemical.[1] The SCCS found that homosalate was unsafe when used at concentrations of up to 15% and subsequently recommended it be used at a maximum strength of 1.4%. Based on the potential of hormone level disruption combined with homosalate’s ability to penetrate deep into the skin, women should avoid using products with this ingredient while pregnant.

Like homosalate, oxybenzone is a potential hormone and endocrine disruptor found in a plethora of chemical sunscreens. This chemical is also absorbed into the skin, quickly commingling with various parts of the body. In 2019, the FDA submitted a proposed rule, claiming that oxybenzone specifically was found in breast milk, amniotic fluid, and urine after being applied topically on the skin.[2] Several countries have also banned the sale of sunscreens using this ingredient due to the substantial risk of harm to aquatic ecosystems.[3]

Octinoxate is an organic UV filter considered photoallergic, meaning it can trigger skin irritations or reactions when exposed to UV light (even though it is a primary ingredient in sunscreen). The Environmental Working Group (EWG) noted that octinoxate poses a concern for biochemical or cellular level changes, as well as the continued harms associated with human endocrine and environmental disruption.[3] Based on the findings regarding its effect on hormone levels, octinoxate is one of the sunscreen ingredients to avoid while pregnant.

Octocrylene is another common chemical sunscreen ingredient. Unlike the others that were previously discussed, though, octocrylene is relatively safe with low levels of toxicity. The SCCS conducted a study related to the safety and efficacy of the ingredient in sunscreen products and concluded that “the use of octocrylene in sunscreen propellant spray is considered safe when its concentration does not exceed 9%.”[4] However, due to the inconclusive nature of the results regarding endocrine disruption, pregnant women should avoid using products containing this ingredient.

Avobenzone is an oil-soluble ingredient used in sunscreen to shield the skin against sun damage. However, studies found that avobenzone is not stable and requires the presence of other ingredients to stabilize it and prevent it from breaking down. Besides, avobenzone is linked to potential endocrine disruption and has been studied to block the effects of testosterone, which is why you should avoid it.

Retinyl palmitate is a form of vitamin A composed of palmitic acid and retinol that’s oftentimes packed in sun-protecting products. While it’s good to have it in your serum and cream due to its ability to stimulate cell renewal, it can do more harm than good when used in sunscreens. This is because retinyl palmitate was found to increase the number of free radicals and cause DNA damage when exposed to sunlight.[5] Besides, other researchers suggest that retinoic acid (the active form of vitamin A to which retinyl palmitate converts) can increase the risk of skin cancer on sun-exposed skin. Though there is no definitive evidence to support these claims, it’s still better to avoid this ingredient in your sunscreen.

Sunscreen ingredients to avoid while pregnant

During pregnancy, it’s imperative to be mindful of the chemicals entering your system. Chemical sunscreens are predominantly composed of ingredients such as homosalate, oxybenzone, octinoxate, and octocrylene, all of which should be avoided during pregnancy.

So as a general rule, pregnant women should opt for physical sunscreens with paraben-free and fragrance-free formulas.

Physical sunscreens, also known as mineral sunscreens, are a great alternative to the widely-popularized chemical ones. These formulations sit on top of the skin rather than penetrating the natural barrier. The active ingredients in these sunscreens are mineral-based and effectively reflect the sunbeams before they are given the chance to pass through your skin. Physical sunscreens are characterized by their use of zinc oxide and titanium dioxide, which are both safe to use during pregnancy.

Women’s Concepts uses reliable sources, including dermatologists’ insights, clinical trials, and scientific journals, to find accurate information and support all the facts shared in our articles. All statements and claims have clear and legit references. Read our editorial policy to learn more about our sources of information, our process of researching and fact-checking the content, and how our team strives to keep all articles updated, completed, and trustworthy.

December 5, 2022
Why choosing the right wedding ring is important

Why choosing the right wedding ring is important